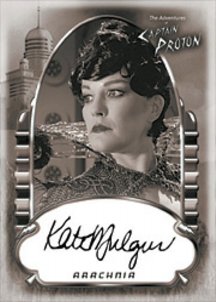 As an added bonus to collectors, a limited edition collector's album will be available. Each album comes complete with an authentic costume card or autograph card (TBA), plus 12 plastic sheets.