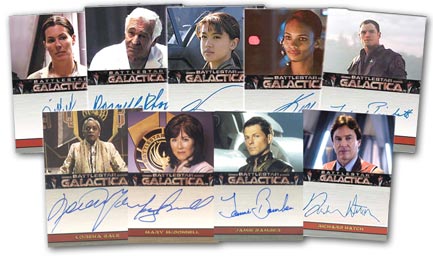 An exclusive collector's album will also be made available for Battlestar Galactica Season One Trading Cards and will come with 12 9-pocket plastic pages, a bonus promo card and an exclusive costume card from Commander William Adama.