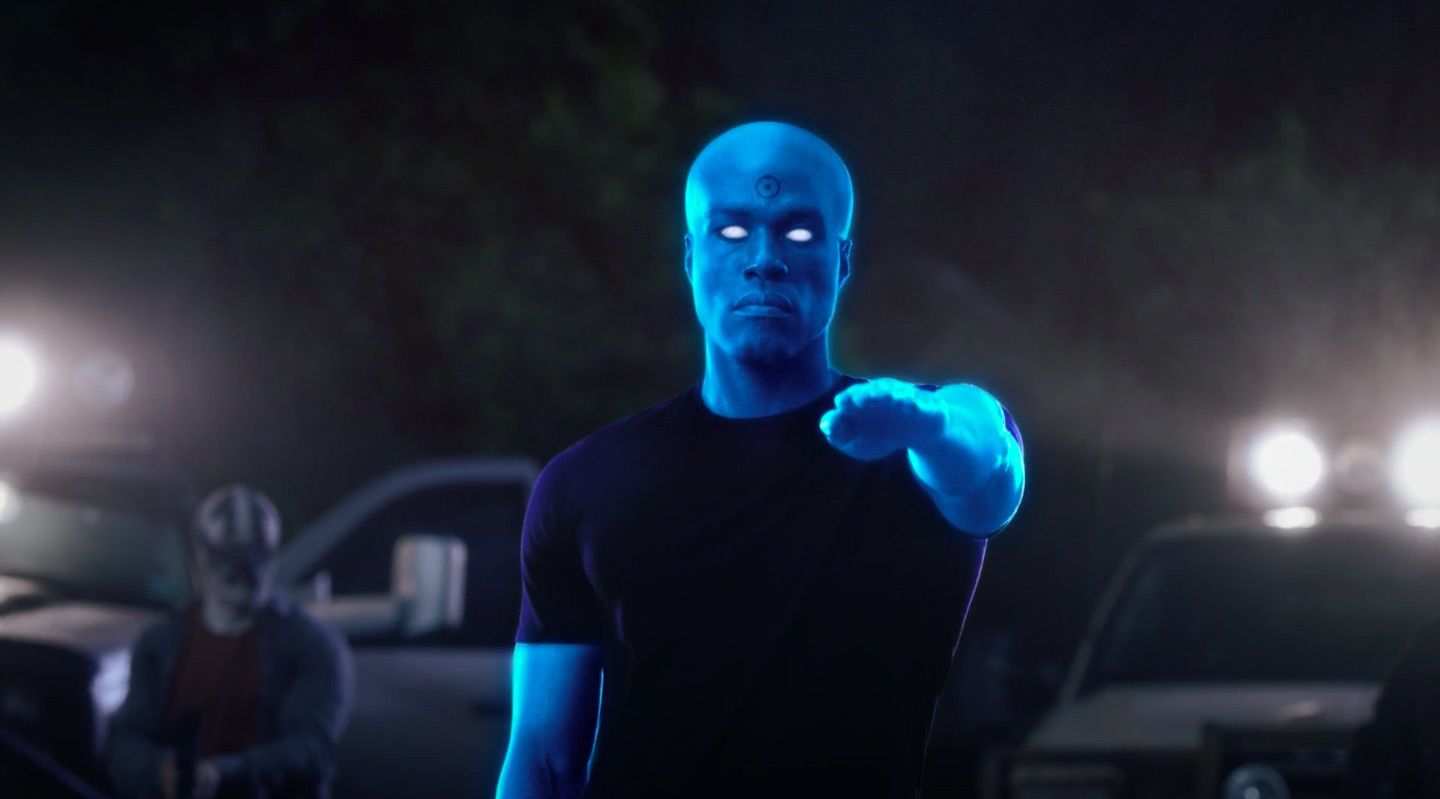 The finalists for the 2020 Hugo Awards were announced today, and among them are two Marvel movies (Avengers: Endgame and Captain Marvel), the latest Star Wars film (The Rise of Skywalker), two episodes of HBO's Watchmen ("A God Walks into Abar" and "This Extraordinary Being"), an episode of The Mandalorian ("Redemption"), a Doctor Who episode ("Resolution"), and Amazon Studios' miniseries adaptation of Neil Gaiman and Terry Pratchett's novel Good Omens. 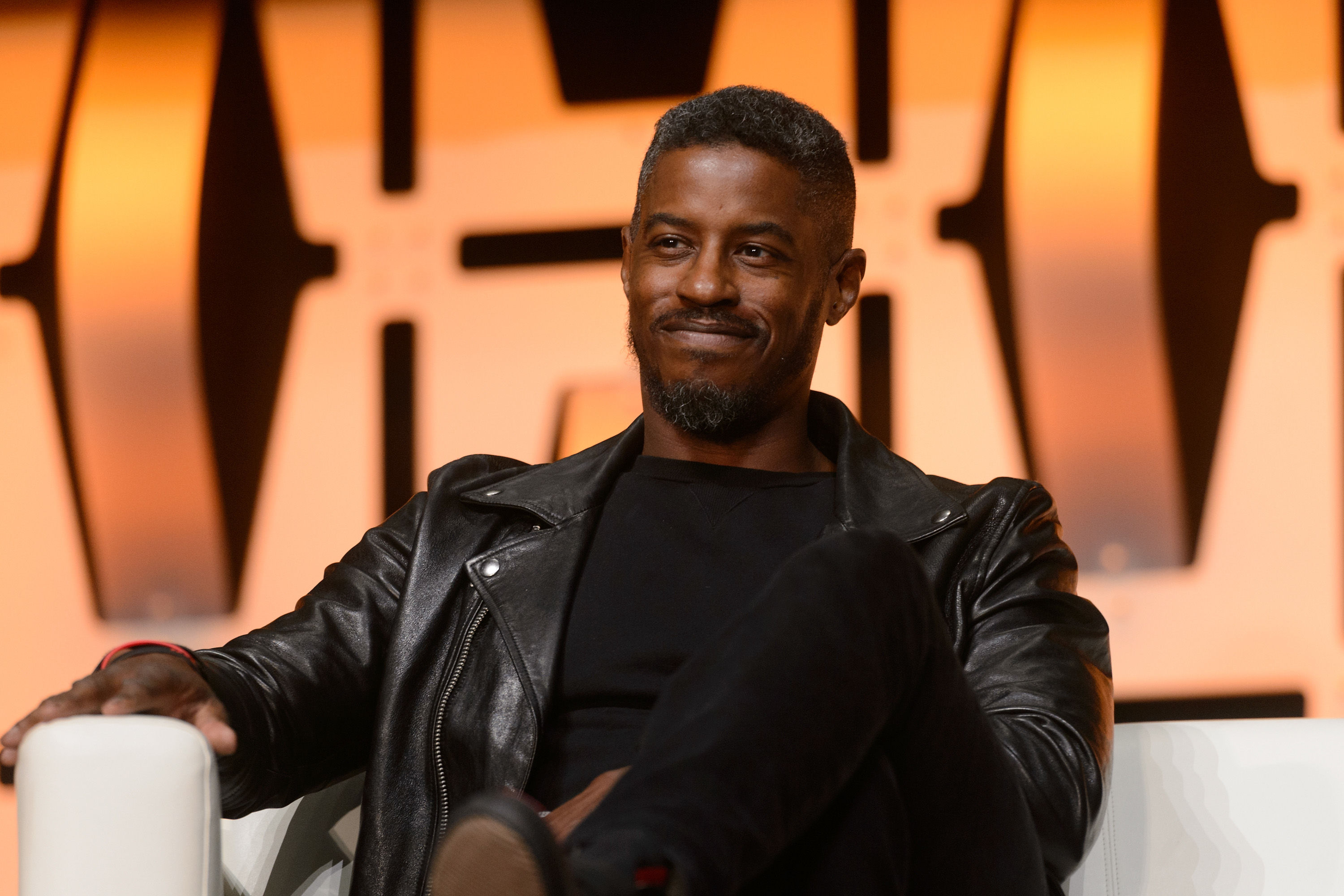 Chatting with Star Wars documentarian Jamie Strangroom in the video below, Best (who is famous for playing Jar Jar Binks in the prequel films) promised that Temple Challenge will help bring the franchise back to its most basic roots. He prefaced this by explaining how the modern series, particularly the sequel trilogy, has shied away from the principles set down by George Lucas' original vision. 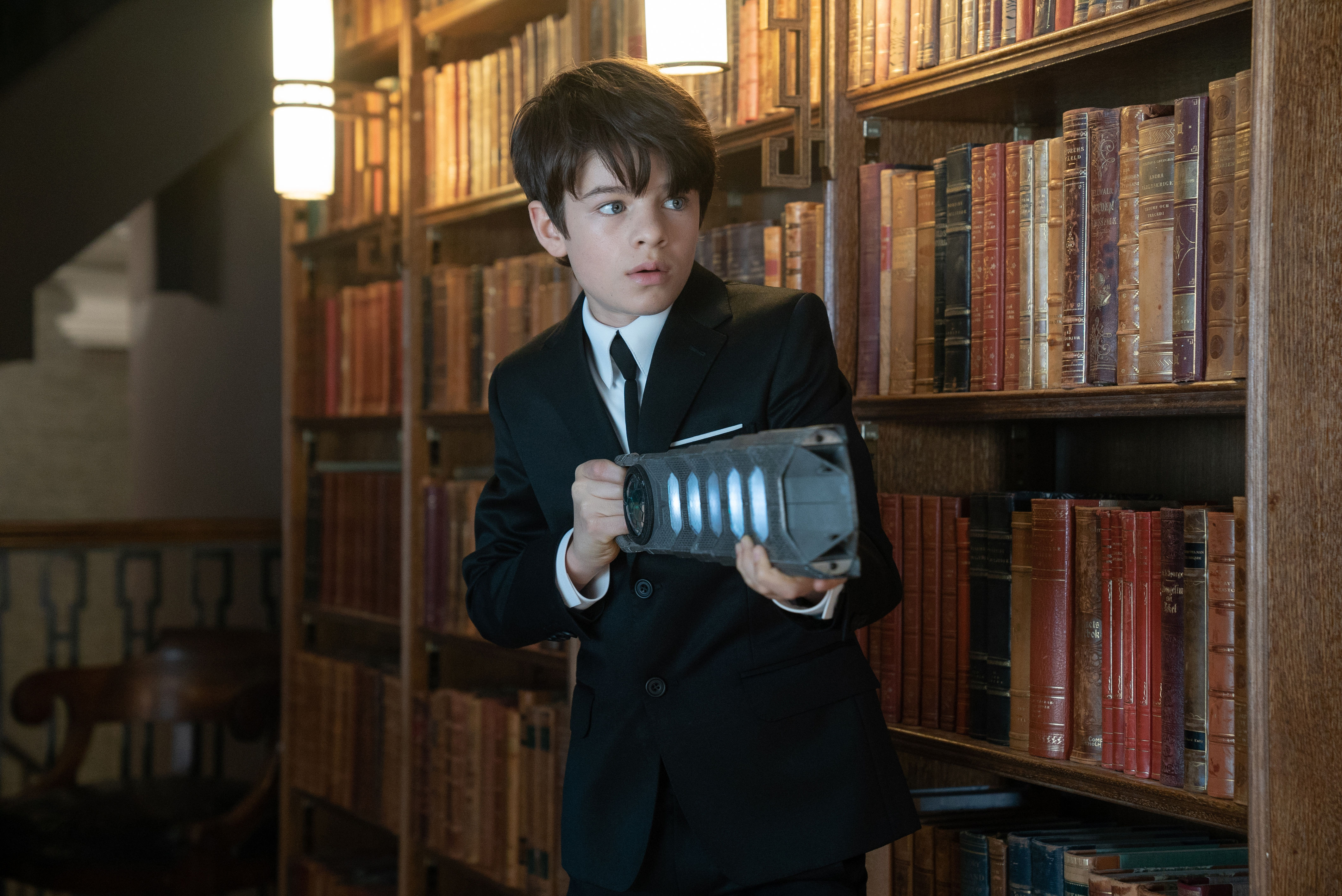 While speaking with Barron's, Bob Iger (who recently stepped down as Mouse House CEO) talked about the possibility of other big budget films ending up as streaming exclusives. 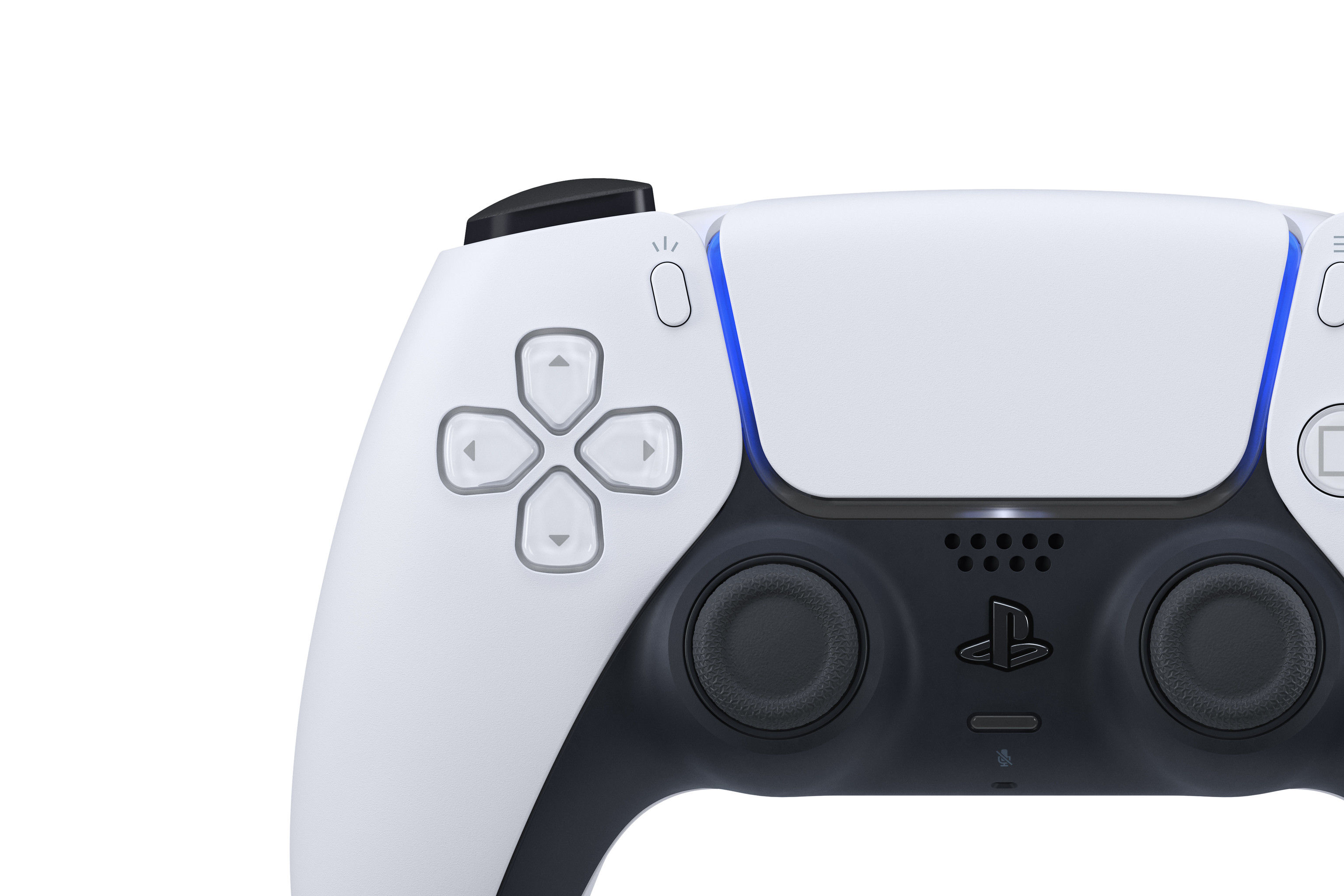 Say goodbye to the DualShock. The new controller has a new name - DualSense - to go with its long list of features (which incidentally includes a dual color scheme). Sony revealed the controller via the official PlayStation Blog today, saying it's been designed from the ground up to deliver the kind of haptic feedback (hence the "sense" in DualSense) that the next console generation of games will be able to support. 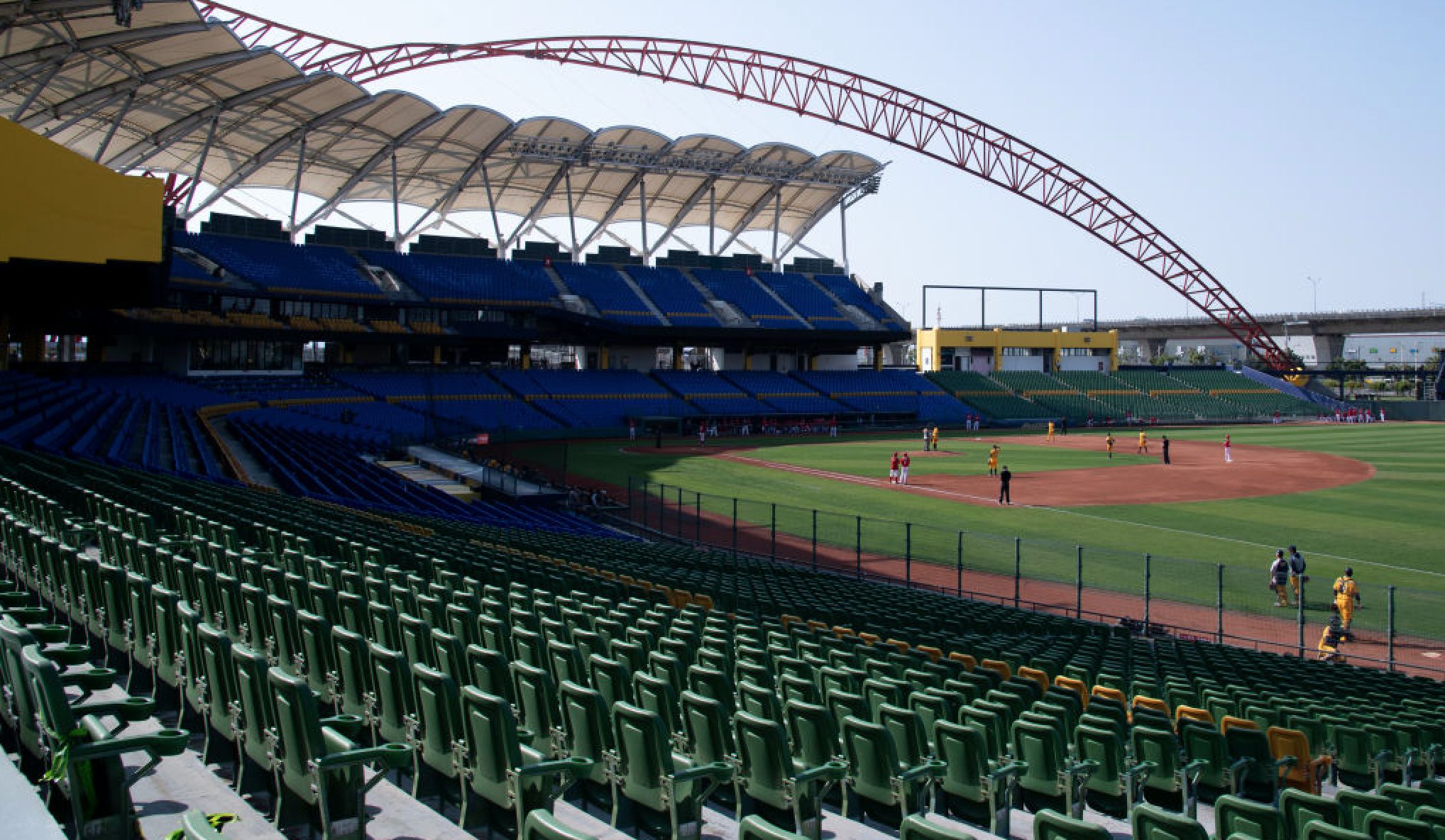 Do the robot: Taiwanese baseball team will fill empty stadium with 500 robo-fans

Empty stadiums resulting from the necessary restrictions may be the new normal, unless you count on the novel approach that an innovative Taiwanese team in the Chinese Professional Baseball League (CPBL) is attempting. The organization is testing out an idea to install a silent gathering of robot mannequins programmed to raise signs and symbolically cheer on their favorite players. (Major League Baseball here in America hasn't made an official ruling on their season yet - but hey, here's one direction things can move in!) 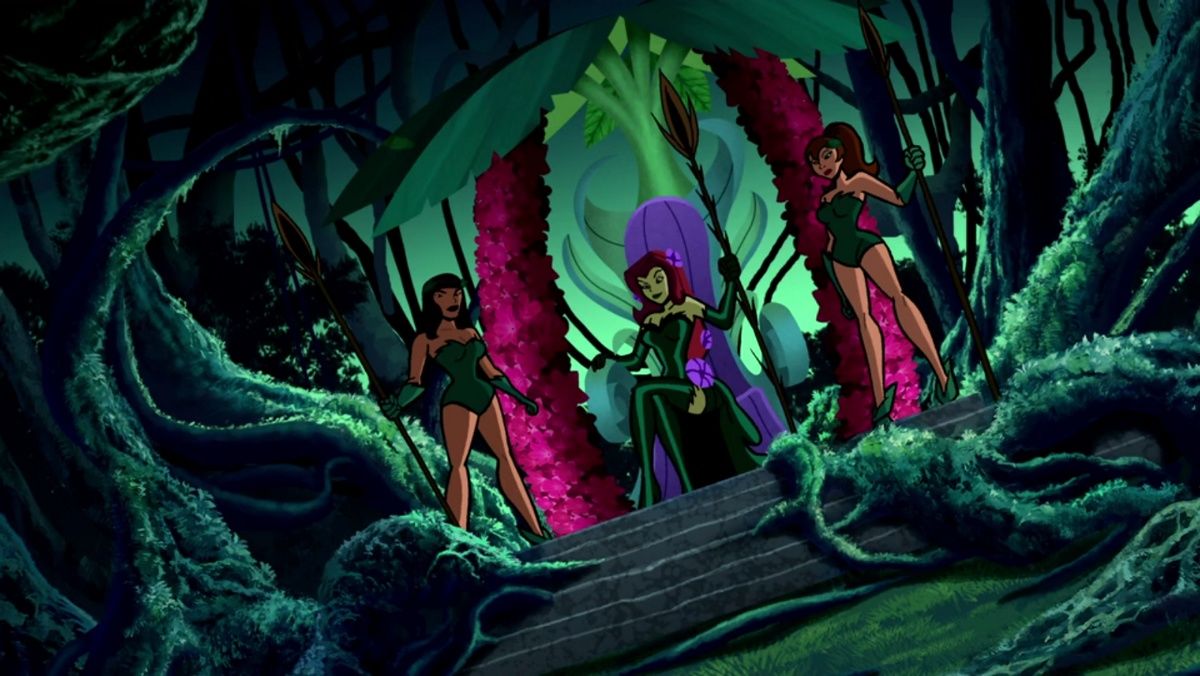 A binge guide for the animated appearances of Poison Ivy

Though her early days in the comics are good campy fun, her animated appearances are where she truly started to shine, and they remain the primary outlet that brought her to the larger audience she enjoys today.

Now Sonic's gathered up its biggest Easter eggs from Ben Schwartz' Sonic and Jim Carrey's Robotnik in a video compilation in preparation for, well, Easter. Check it out: 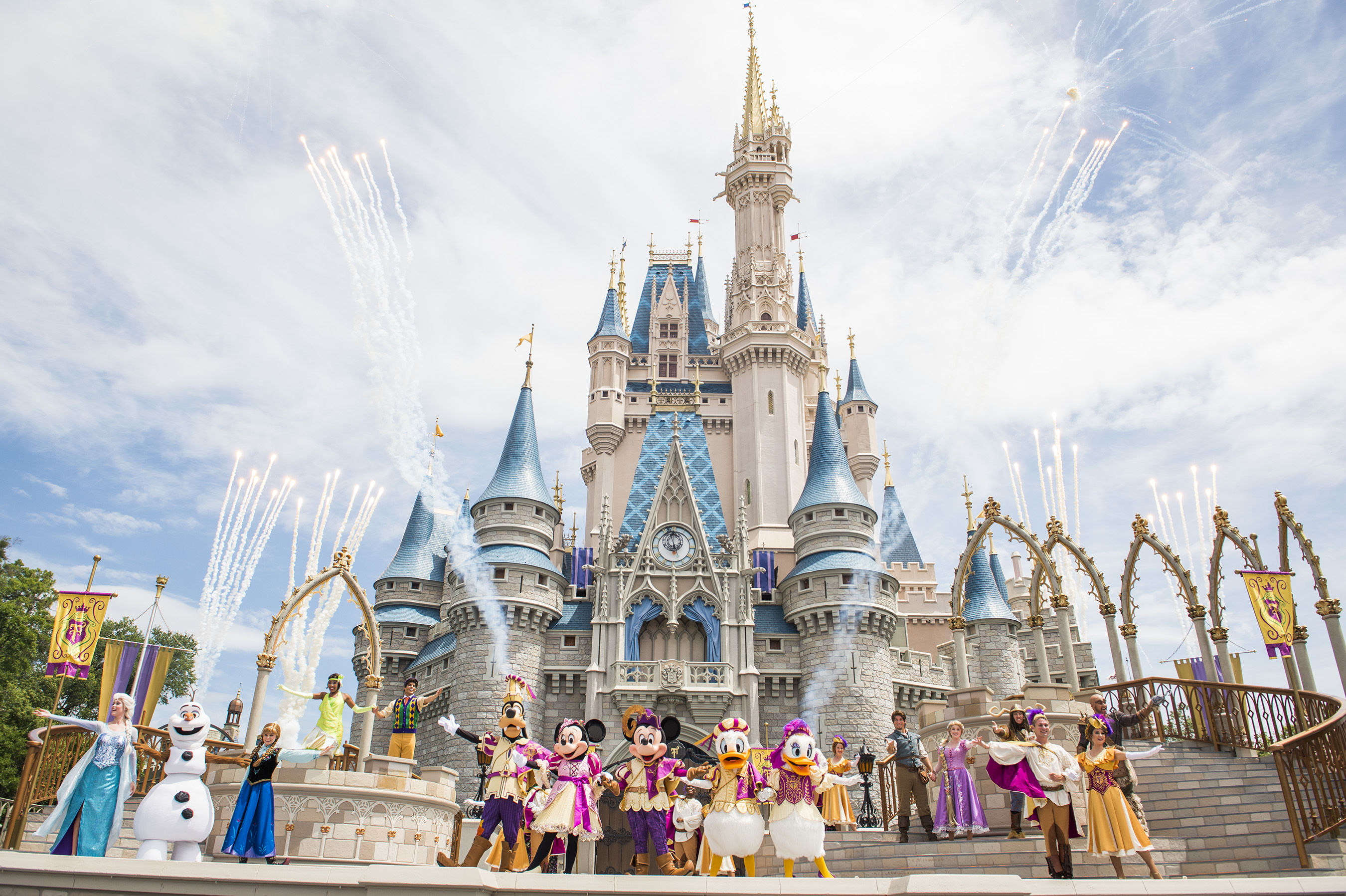 When one castle door closes, another opens (and Mickey attacks hyenas in a mobile game)

From closure updates (yes! still!) on both ends of the country to a new way to cheer yourself up inside your home by way of Olaf and Mickey Bars, here's this week in theme parks: 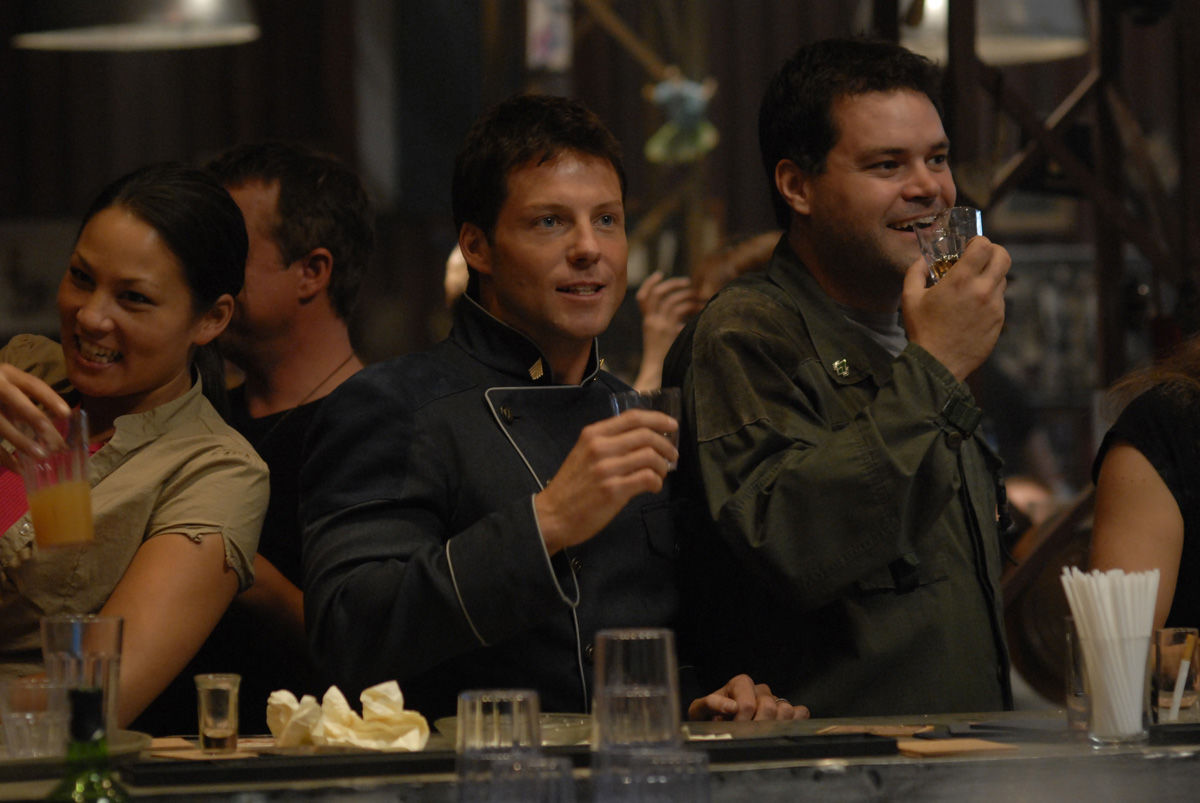 Battlestar Galacticast: Remembering Season 3, Episode 13: 'Taking a Break From All Your Worries'

A global pandemic can't stop the Galacticast! Join Marc Bernardin and Tricia Helfer from a safe distance as they frak down BSG Season 3, Episode 13: "Taking a Break From All Your Worries." Yes, that's "Worries," not "Sorrows." This is important. Here we go! 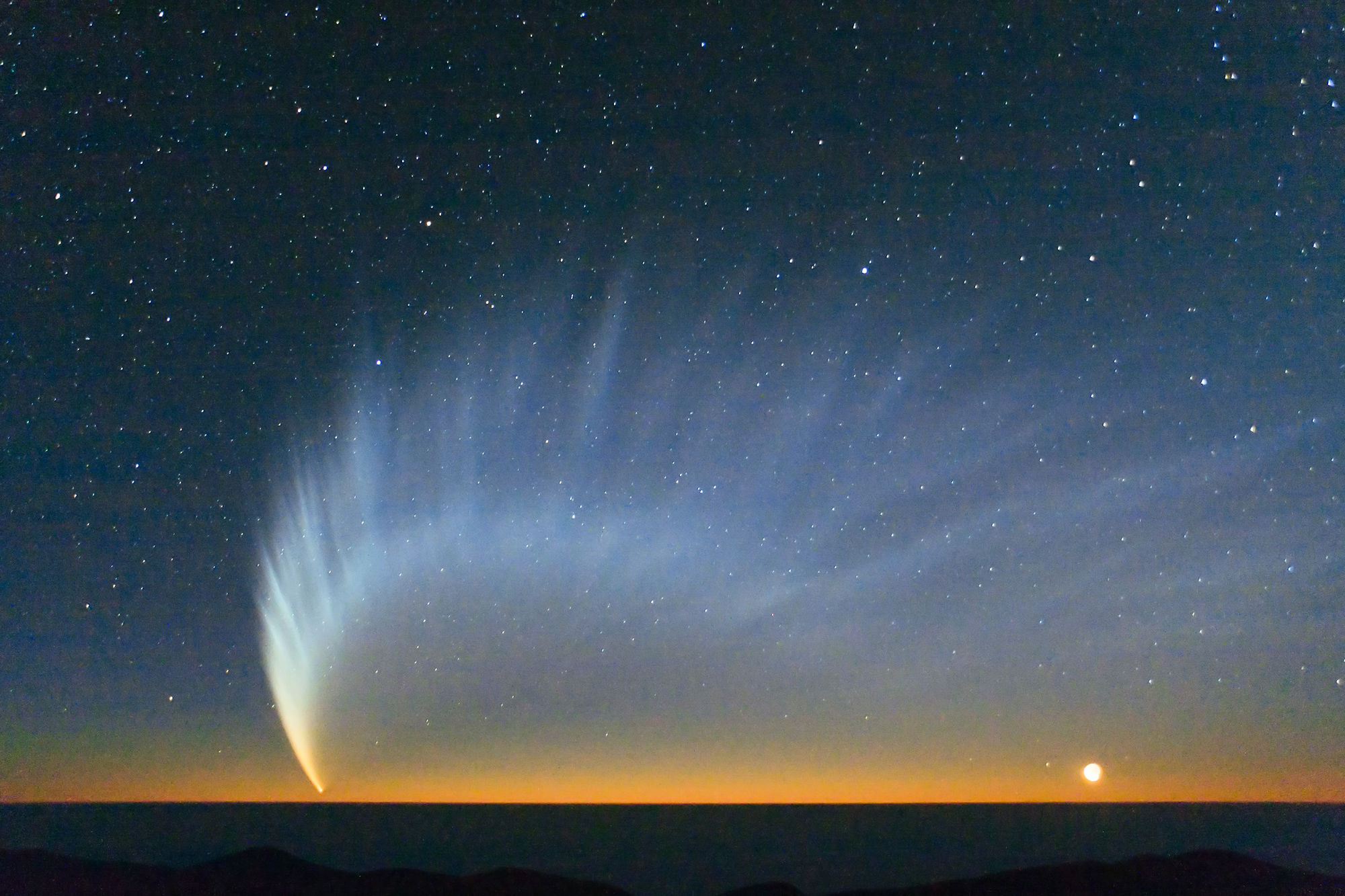 13,000 years ago, a comet may have nuked a Paleolithic village out of existence

It's a grim thought, no doubt, but a new paper in Scientific Reports reveals that's exactly what happened to early farmers at the Abu Hureyra archaeological site in Syria about 12,800 years ago. Which sounds just awful, but the hellacious heavenly body did give the villagers the distinction of being the only known human settlement to get hit by a comet fragment - so they got that going for them, which is nice. 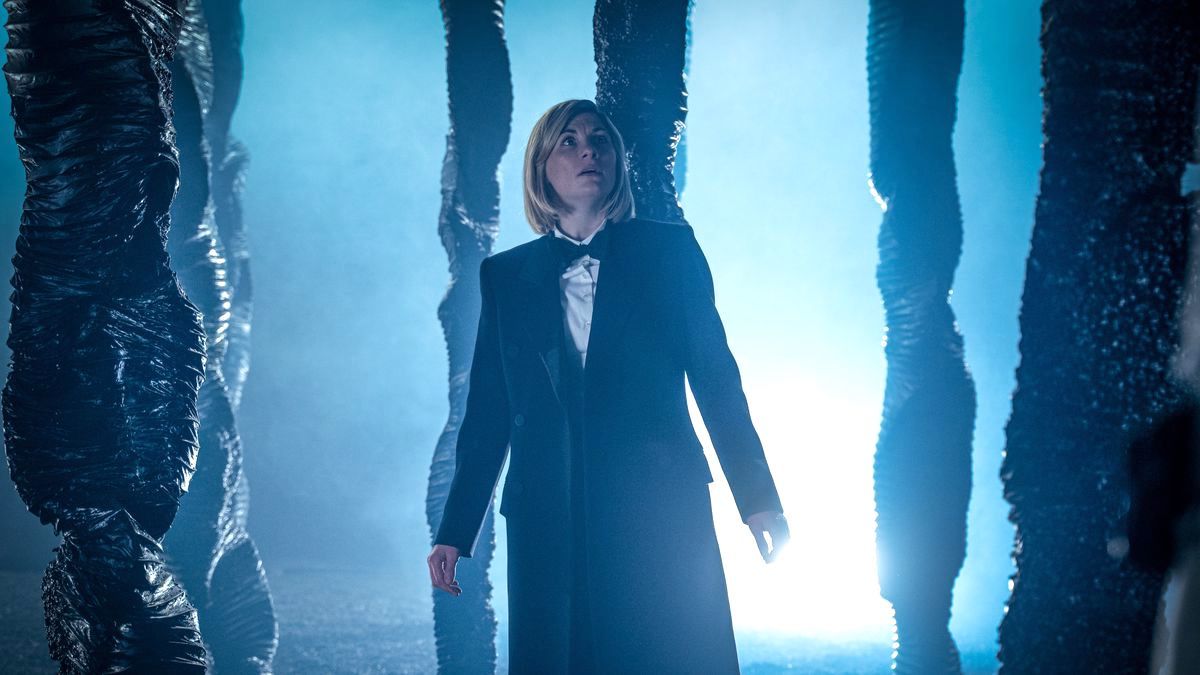 This story, "The Terror Of The Umpty Ums," is the first new story Moffat has written for Doctor Who since writing his and the 12th Doctor's (Peter Capaldi) swan song Christmas episode, "Twice Upon a Time," in 2017. It's also the first full story he's written for the 13th Doctor (played in the TV series by Jodie Whittaker). (Yes, Whittaker appeared in "Twice Upon a Time" during the regeneration scene at the end of the episode, but this is the first time Moffat's written a Who story featuring Whittaker's Doctor.) 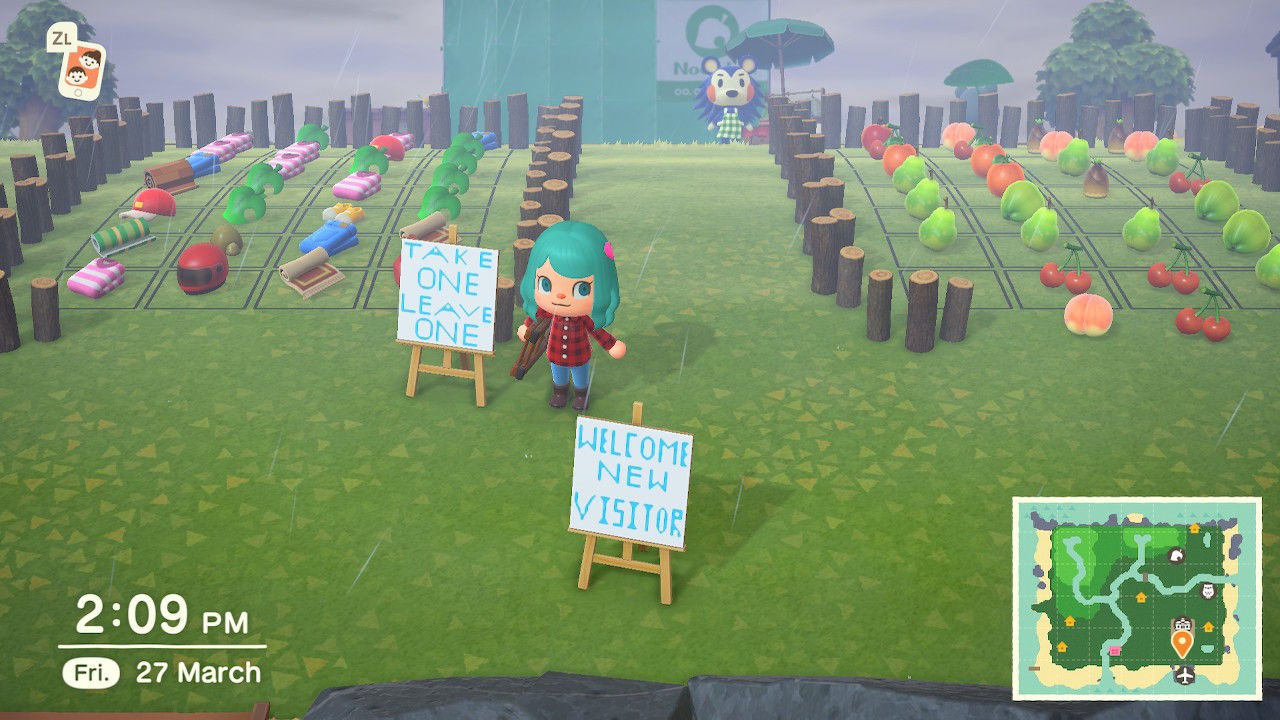 At the time of writing this, I am living in the UK, around a week into what is planned to be a three-week nationwide coronavirus lockdown. People are not allowed to physically socialize with people who they don't live with, are limited to only essential shopping trips, and scrutinized for going outside to exercise. I recognize the lockdown is important, and am respecting it, but I'm also struggling with how it has impacted my sense of routine.