SEASON ONE TRADING CARDS
A group of soldiers, scientists and civilians, fleeing an attack, find themselves stranded far from Earth on a mammoth Ancient ship known as the Destiny. They must live in the limbo of time and space, cling to the notion of hope, locked on an unknown course in search of home. Now the group's fates lie at the mercy of the ship as they face the challenges of meeting the most basic needs of food, water and air. Through the danger and adventures, some will be revealed as heroes, some will be shown as villains...and some won't make it out at all.

Signers include series stars: As well as series regulars and guest stars including: Inside each box, you will find at least 1 Costume Relic card, featuring authentic materials worn by stars of the show. Relics include materials from many key characters, inc Eli Wallace, Dr. Nicholas Rush, Ronald Greer, Tamara Johansen "TJ", Matthew Scott and Chloe Armstrong. 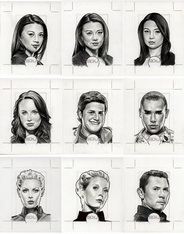 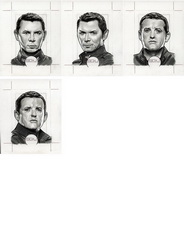 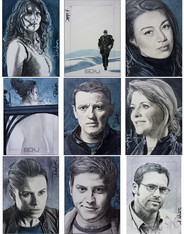 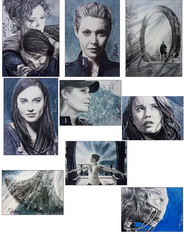 For every 12 cases that you purchase you will receive a Stargate Universe: Season 1 Trading Cards archive box.


Fans and collectors will also be able to store their collection in a custom designed collector's album which contains an exclusive promo card.