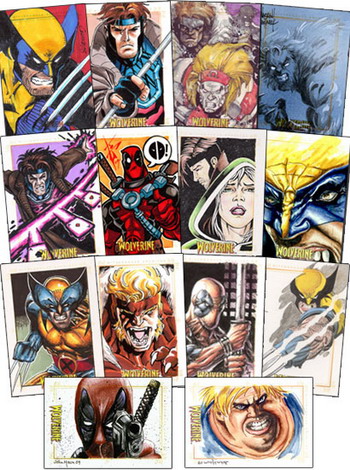 Each case will come with a numbered X-Men Origins: Wolverine Movie Poster card.